After the departure of our 9 hens and two lucky roosters, we are left at the WatchHouse with 9 roosters, all 12 weeks old. Although they were initially split between two coops, I decided to consolidate, making life easier for those who feed and water them. They also have recently upgraded to a fenced yard under the maple tree.

Here is one rooster cautiously flying the coop. 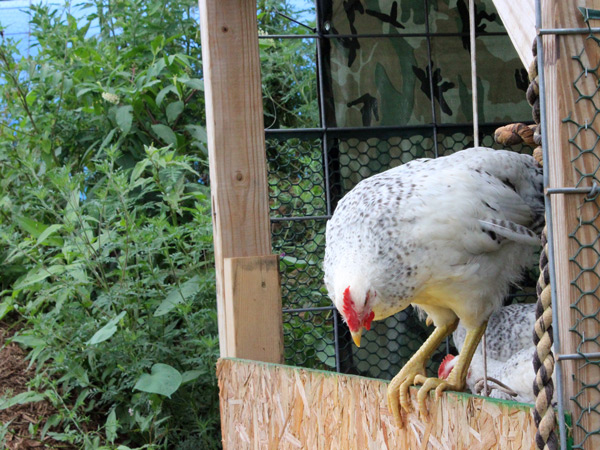 After landing he got into a squabble which, by the looks of it, he won without much of a fight. 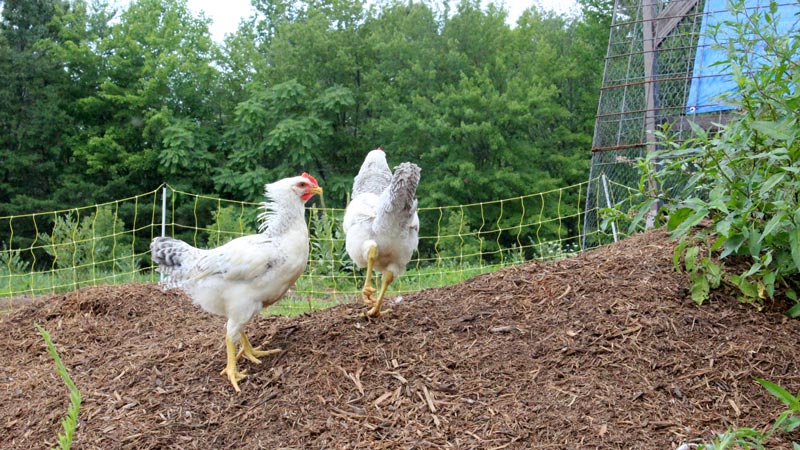 I hesitate to mention it because I have grown rather fond of these guys but in about 2 weeks, some or all of them are slated for culling. If you or anyone you know is in the market for some free-range heritage-breed rooster meat give us a call.