One of the nicest groups around.  This group had originally planned to have their ceremony up near the horse pasture overlooking Sauratown Mountain.  But, over time, logistics, then later a little rain, caused them to change up to an all indoor ceremony/reception.  This turned out to be a good idea since it rained off and on throughout the day.  Nevertheless, the entire party of 140 was able still to enjoy the outdoors under the covered patio, while enjoying a front row seat to the dance floor, with the buffet close by also located outside.  The ceremony was indoors lined up in front of the fireplace.  The DJ hooked up to our audio-visual system and played music both indoors and out.  They rented cabins and made a weekend out of it! 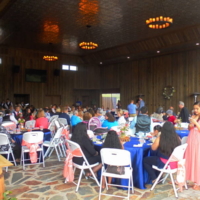 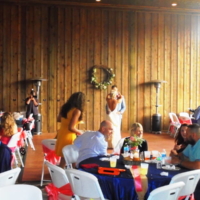 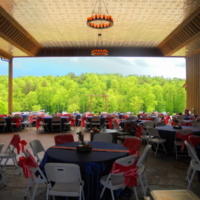 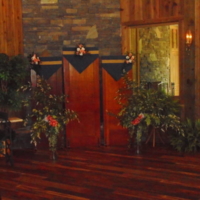 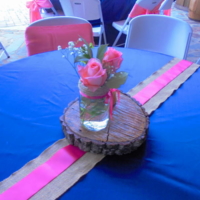 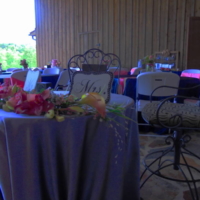 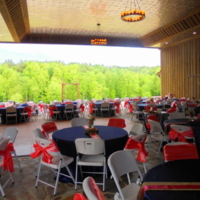 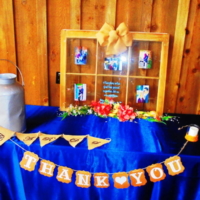 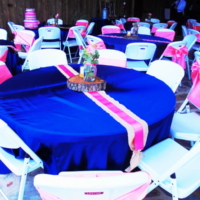 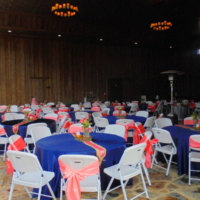 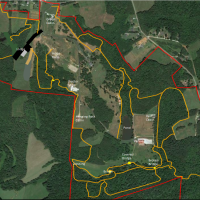