This bride called her shot on the first day she arrived at the property.  She walked across the covered bridge a pointed at a meadow in front of two large trees, and the decision was set since then.  I think it turned out great.  They arrived on Friday and began to decorate the venue and the ceremony site, where we had done a “satellite ceremony” set up including chairs, the arbor, and a quiet generator hidden off in the woods.  They had a nice rehearsal dinner on Friday, after which they finished decorating, tested the AV system, and watched a little bit of football.  They rented all 3 cabins that night, and, in doing so, were here early enough to have some recreation time on a beautiful Saturday.  The guys took over the lake and held a fishing competition among the canoe, the stand up paddleboard, and the stand up pedalboard, and they were able to catch some pretty good sized bass.  We got the hay ride tractor ready and parked it in front of the venue to shuttle some guests down to the ceremony.  We also had a second vehicle available for others in the party, including a 95 year old who felt spry enough to venture out to the field.  After the ceremony, we shuttled people back up to the venue and then brought some additional chairs back up to seat 180.  Tia Fowler did the wedding planning and flowers, Danielle Flake did photography, Medley Films provided the videography.  Piedmont Catering cooked up a delicious smelling buffet, and add a shout out to Babycakes Gourmet for providing some impressive looking cake shots.  Tiger Paw Entertainment was the DJ, and was able to work outside at the ceremony site as well as in the venue. 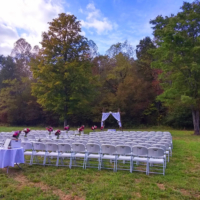 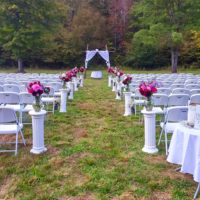 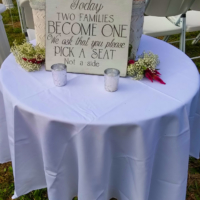 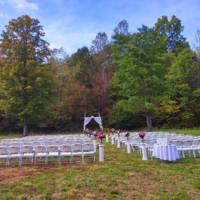 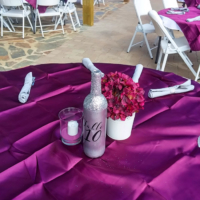 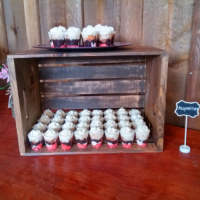 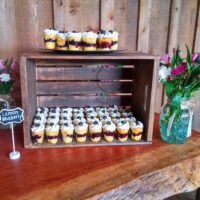 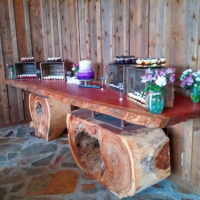 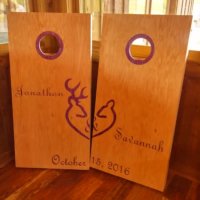 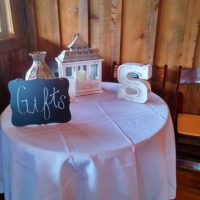 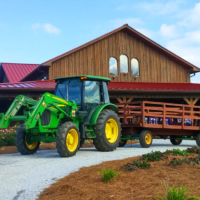 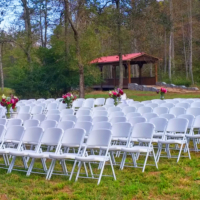 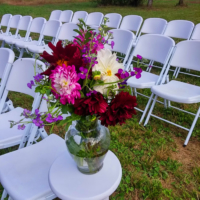 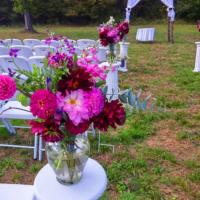